The career of visionary teacher, scholar and artist Samella Lewis 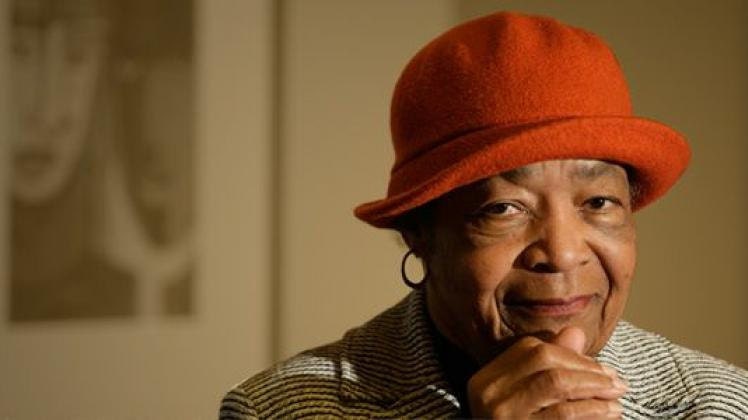 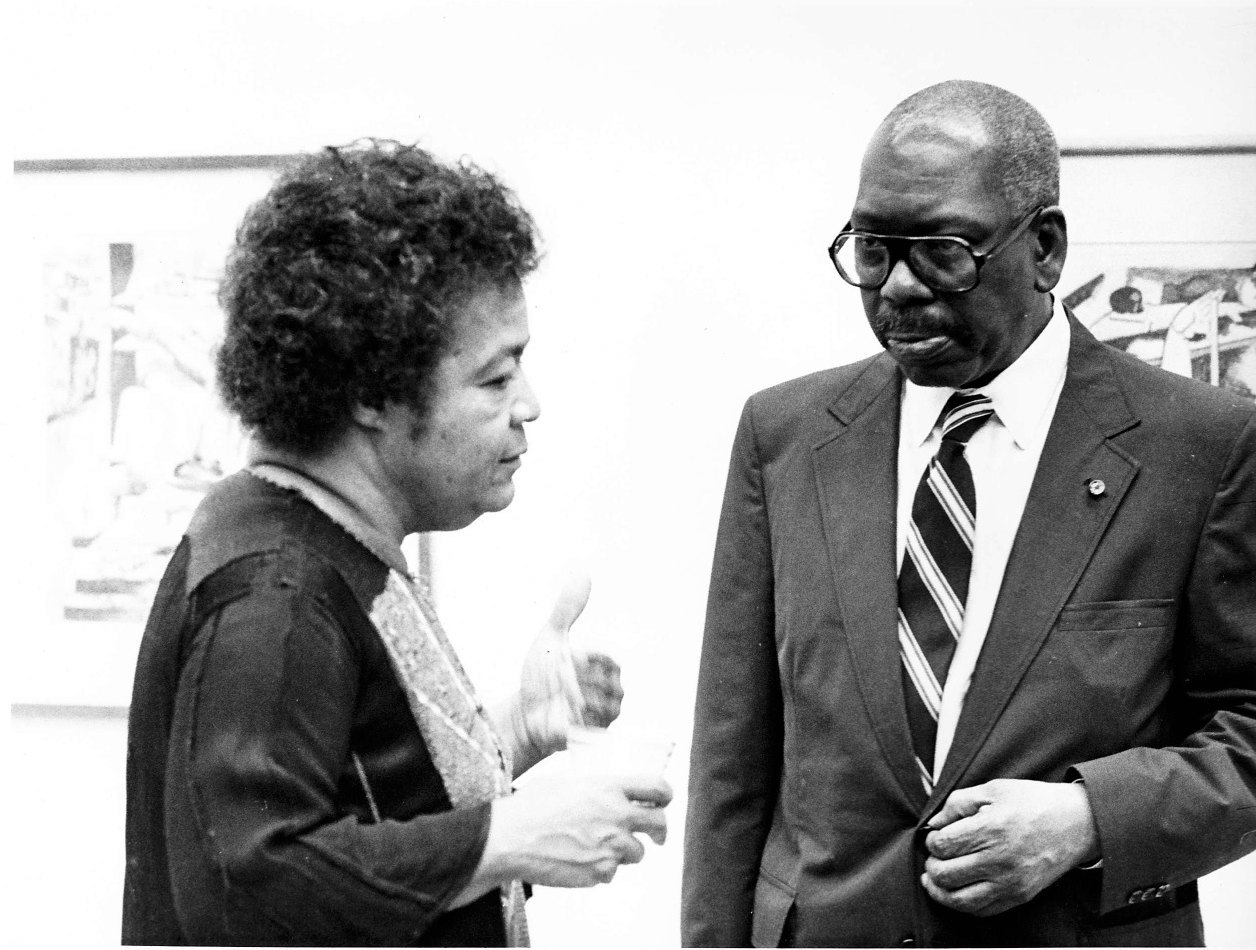 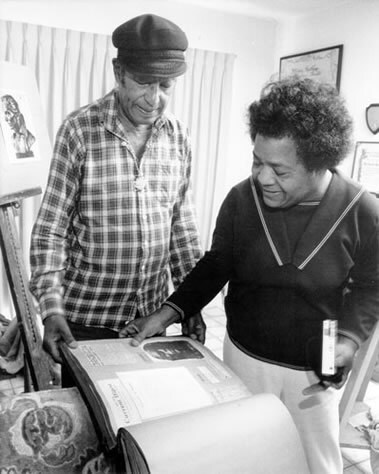 The career of Samella Lewis spans some seventy years and has taken her to many parts of the world. As an art historian and scholar, her knowledge is boundless and accessible. As an artist, Lewis remains at the forefront of her field. As a collector, she has amassed an impressive and diverse collection that includes African American, Asian, Caribbean, Native American, South American and African Arts. As a social and community activist, she will serve as a reference for generations to come.

Her college education began in 1941 at Dillard University in her native New Orleans, where she studied with her mentor renowned artist Elizabeth Catlett. After two years at Dillard, she transferred to Hampton Institute (University) where she was a student of Viktor Lowenfeld, a Jewish refugee from Austria who taught his students not to feel they had to produce art to please anyone, but to produce it from the heart. This is an attitude Lewis still maintains and imparts to others.

At The Ohio State University, Lewis received her Master of Arts degree in 1947 and her Ph.D in fine arts and art history in 1951. In 1952 she became chair of the fine arts department at Florida A&M University. Her next stop was a teaching position five years later at the State University of New York (Plattsburgh), where she developed an interest in Chinese language and Chinese art history. This soon led to a Fullbright Fellowship to study Chinese language and art history in Taiwan.

On her return from Taiwan, Dr. Lewis was awarded a New York state grant to study Chinese language and art history at the Freer Gallery in Washington D.C.. with famed author and art historian Sherman Lee. Following this she resumed her studies at New York University and later at the University of Southern California with a three year course in Chinese language and history on a National Defense and Education grant.

Currently Dr. Lewis is Professor Emerita of art history at Scripps College of the Claremont Colleges. Scripps was instrumental in two of Lewis' career milestones. The school provided space and assistance in 1975 when she founded The International Review of African American Art. The school also lent support to The Museum of African American Art in 1976, of which Lewis was founder and director.

During the course of her career, Lewis has received numerous awards and honors, including an appointment as a distinguished scholar at the Getty Museum and the Samella Lewis Scholarship and Contemporary Art Collection at Scripps College in Claremont, California.

2000 Certificate of Special Congressional Recognition for
Contributions and Efforts on behalf of the Community
and the Government. United States House of
Representatives

2000 Certificate of Special Congressional Recognition for
Outstanding and Invaluable Service to the Community.
United States House of Representatives

1995 UNICEF Award for the Visual Arts

1985 Women For. Los Angeles Achievement in the Visual
Arts, California

1996-1997 Distinguished Scholar. The Getty Center for the History of Art and the Humanities; Los Angeles, California

2006 Brown vs Board of Education Traveling Show